US commercial oil inventories have been almost uninterruptedly growing from mid-March since the prices above profitability threshold permitted producers to step up production efforts. OPEC statements about rebalancing efforts have limited impact and weren’t positive enough to curb fears associated with consumption outlook.

EIA reported on Wednesday that oil stockpiles rose for the second week in a row and both times market consensus hit off the mark. Basically, traders anticipated that continuing price declines will force producers to shelve the plans for expansion of output, but it didn’t materialise.

Commercial reserves rose to the highest mark since July 2017, when the production rate in the United States was near the record, and the barrel of WTI was pricing at $48: 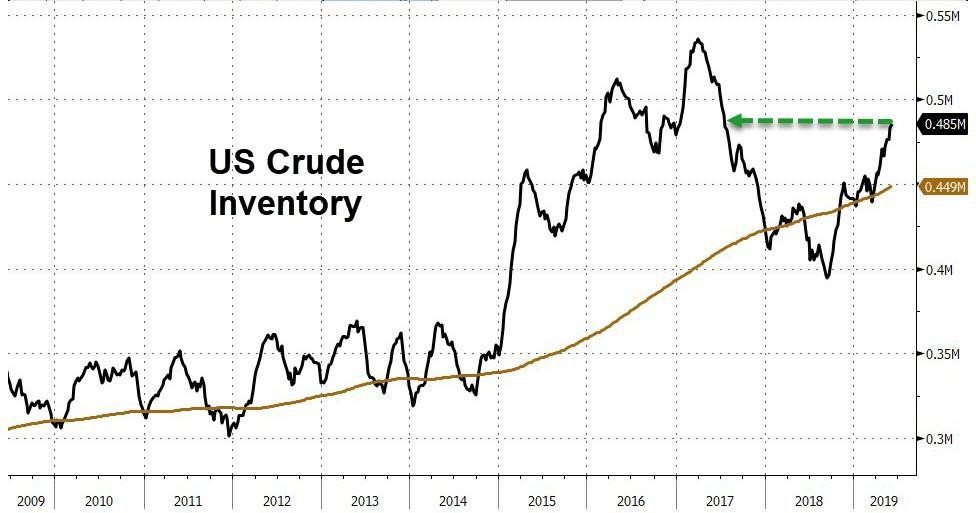 As soon as oil drops below $50 a barrel again, supply pressure from American oil companies should start to subside, as the downside correction of inventories in all previous cases suggest that most producers start to experience difficulties in maintaining production at the price of $45-50 per barrel. In general, the peak of production and depressing the market inventory changes should be left behind, given that the number of drilling rigs has shifted to decline and, according to various forecasts, this trend will continue: 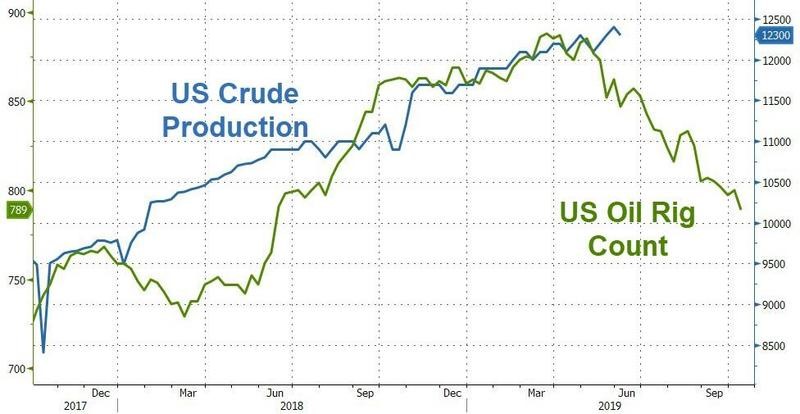 The ability of OPEC to reach a consensus in extending production quotas largely depends now on the Russian Federation, which has not yet expressed any clear willingness to support the new pact.

As I wrote in my previous articles, the resumption of the downturn in China’s manufacturing sector, the squeeze of imports and exports, and contagion of activity weakness of services sector should have prompted the authorities to resume credit easing. This assumption did not find a place in the May data on monetary aggregates, which showed that he volume of new loans rose below projections. Nevertheless, on Thursday, Vice Premier Liu He said that the Chinese regulator will have to intervene to maintain a sufficient level of liquidity in the economy and strengthen lending to small and medium-sized firms.

It is worth noting that after an episode of credit expansion in January by 4.5 trillion RMB, the senior official lashed out at PBOC’s actions and the banking system responded accordingly, slowing down the rate of lending. Now that Lu He is calling for monetary easing, his “recommendations” is likely to be taken into account by the banking system.

It looks like that the PBOC’s favorite tool in adjusting credit supply is the required reserve ratio, which has already been cut 6 times this year. The lower this ratio, the smaller the share of the bank’s own funds (from risk-weighted average assets), which should be reserved for losses. The released funds may be used to create new assets or to repay existing liabilities, however, due to the slowdown in the economy, the risk of adverse selection increases for banks and they are aware of this. The increased credit risk of small enterprises “blocks” the growth of their financing. Banks continue to give preference to high-quality borrowers - municipal authorities and state-owned enterprises.

The main consequence of the comments of Lu He is the rise of risk appetite in global markets in the short term, since the external risk factor (i.e. Chinese economy), for example for the Eurozone, changes in a favourable direction when Chinese authorities initiate strong measures of credit support to the economy.

Could the S&P500 potentially fall?!