UK Supreme Court judges this week returned their verdict over last week’s hearing regarding the legality of UK PM Johnson having prorogued parliament for five weeks. The outcome has taken the market, as well as political commentators, by surprise with all 11 judges ruling that Johnson acted illegally. Further to this decision, the judges ruled that the issue was a judicial one and not simply political as had been the argument made by the government’s lawyers. While Johnson said he fiercely disagrees with the ruling, he has promised to accept it, ruling out a further attempt at suspending parliament.

Lady Hale, who is president of the Supreme court, explained that the government had not provided satisfactory justification as to why parliament should be suspended for such a time period given that, proroguing of parliament ahead of the Queen’s speech usually only extends to a few days and only ever two weeks at maximum.

The court rules that parliament is no longer prorogued and the decision as to what to do next will devolve to MPS which have reconvened today. Immediately following the decisions, John Bercow, the Speaker of the House, said that the House of Commons “must convene without delay”. With the proroguing having been annulled by the court, the current parliamentary session opened by Theresa May in June 2017 is still active.

According to the UK Financial Times newspaper, there is still a loophole which could result in a no-deal Brexit. The legislation which requires the PM to seek an extension to Article 50 won’t apply if the UK votes in favour of a Brexit deal by October 19th. However, if the government secures parliamentary backing for a deal but is unable to implement the full legislation by October 31st, then the UK could still crash out of the EU without a deal, by default. As such, parliament might concern itself with tightening up any such loopholes in the current Benn Bill to protect against such an outcome.

With MPs due to return now ahead of the October 14th date scheduled when Johnson prorogued parliament, this could offer more time to table a vote of no confidence against Johnson. With the Supreme Court having ruled unanimously against Johnson, the political backlash might finally create enough momentum to oust Johnson. However, focusing on such a move before securing a definite extension to Article 50 might still risk the UK leaving without a deal. As such, the main parliamentary focus now is likely to be on securing a definite extension to Article 50 which will then likely pave the way for a general election.

From a technical and trading perspective. EURGBP has crossed back below the yearly pivot with VWAP encouraging a bearish view. Momentum is overdone to the downside and bids around the yearly S1 at .87 should offer some corrective action setting up a retest of the yearly pivot at .8890 - I will be watching for reversal signals to set shorts. On the other hand, we could see some price move back above the pivot which would likely see some ranging action as we grind through the order flow. 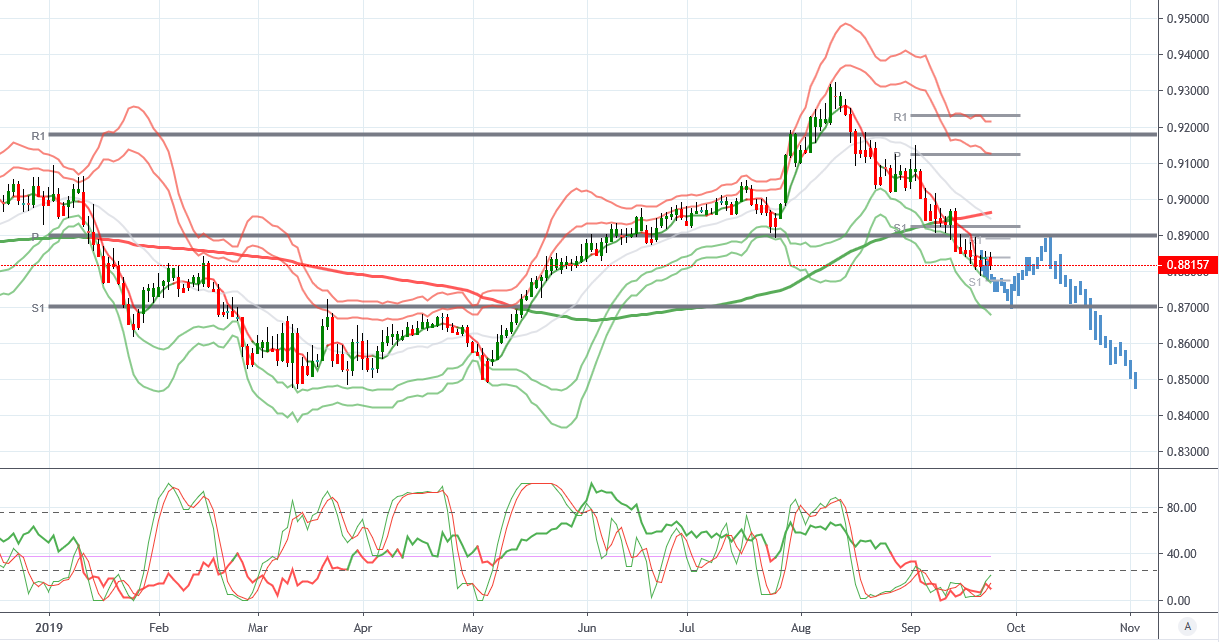 High Risk Warning: CFDs are complex instruments and come with a high risk of losing money rapidly due to leverage. 70% and 66% of retail investor accounts lose money when trading CFDs with Tickmill UK Ltd and Tickmill Europe Ltd respectively. You should consider whether you understand how CFDs work and whether you can afford to take the high risk of losing your money.
Tagged in: #boris_johnson, #brexit, #uk
Written by Patrick Munnelly
Patrick has been involved in the financial markets for well over a decade as a self-educated professional trader and money manager. Flitting between the roles of market commentator, analyst and mentor, Patrick has improved the technical skills and psychological stance of literally hundreds of traders – coaching them to become savvy market operators!
Previous Post