Expectations For The September BOE Meeting

The BOE, led by Governor Mark Carney, is due to make its last rate-setting decision today ahead of the October 31st Brexit deadline. Given the proximity of the deadline as well as the persistent uncertainty over the outcome, the consensus forecast is for the BOE to keep policy unchanged at this juncture.

Carney has highlighted the uncertainty of Brexit as the main driver behind the BOE’s recent string of unchanged policy decisions. External factors, such as ongoing Sino-US trade tensions have also weighed on the BOE’s outlook and are expected to receive a mention this time around also.

At its last meeting, the BOE wielded a more resilient message on Brexit and explained that should the UK leave the EU with a deal, then an interest rate increase “would be appropriate” in order to stop the economy from overheating. This message reflects the positive momentum seen across many leading UK indicators over the year, suggesting that had the Brexit issue not been a threat, the BOE would likely have raised rates by this point.

However, the data profile since the last MPC meeting in August has been relatively weak. At the August meeting, the BOE cut its 2019 and 2020 growth forecasts by 30 basis points to 1.2% YoY and 1.3% YoY respectively. This cut was in line with the dismal -0.2% QoQ GDP reading. Since that meeting, survey indicators have remained soft, headlined by the composite PMI dropping below 50 in August, falling into contractionary territory.

Hard data has seen a more varied profile. Wage growth has risen robustly to an 11 year high of 4% along with the unemployment rate remaining at 45-year lows of 3.8%. Additionally, with private consumption, increased government spending and specific factors such as Brexit stockpiling, GDP growth looks to be well supported over Q3 with the MPC currently projecting a 0.3% growth over the quarter.

However, despite printing a firm 2.1% in July, inflation fell back to just 1.7% in August, below the BOE’s target of 2%, hitting its lowest level in three years. This latest inflation reading is disappointing for the BOE given the backdrop of upward price pressures. A weaker GBP, tighter labour market conditions and more expansionary fiscal policy point towards higher prices. The breakdown of August’s weak inflation data reveals the decline was largely a result of weakness in computer games and clothing prices, which roses less than last year following the end of summer sales. The BOE, as well as the market, will be keen to see whether the drop was temporary and if inflation rebounds over September.

The BOE’s message this time around is unlikely to change from the August meeting. Expect Carney to keep rate son hold while elucidating further on the potential need for a UK rate increase if the PM can secure a Brexit deal. The risks of a no-deal Brexit have receded significantly, which should allow the BOE to strike a more optimistic, hawkish tone, keeping GBP supported.

From a technical and trading perspective. EURGBP has crossed back below the yearly pivot with VWAP indicating continued selling pressure. Bids around the yearly S1 at .87 should offer some corrective action though on a retest of the yearly pivot at .8890 I will be watching for reversal signals to set shorts. On the other hand, we could see some price move back above the pivot which would likely see some ranging action as we grind through the order flow. 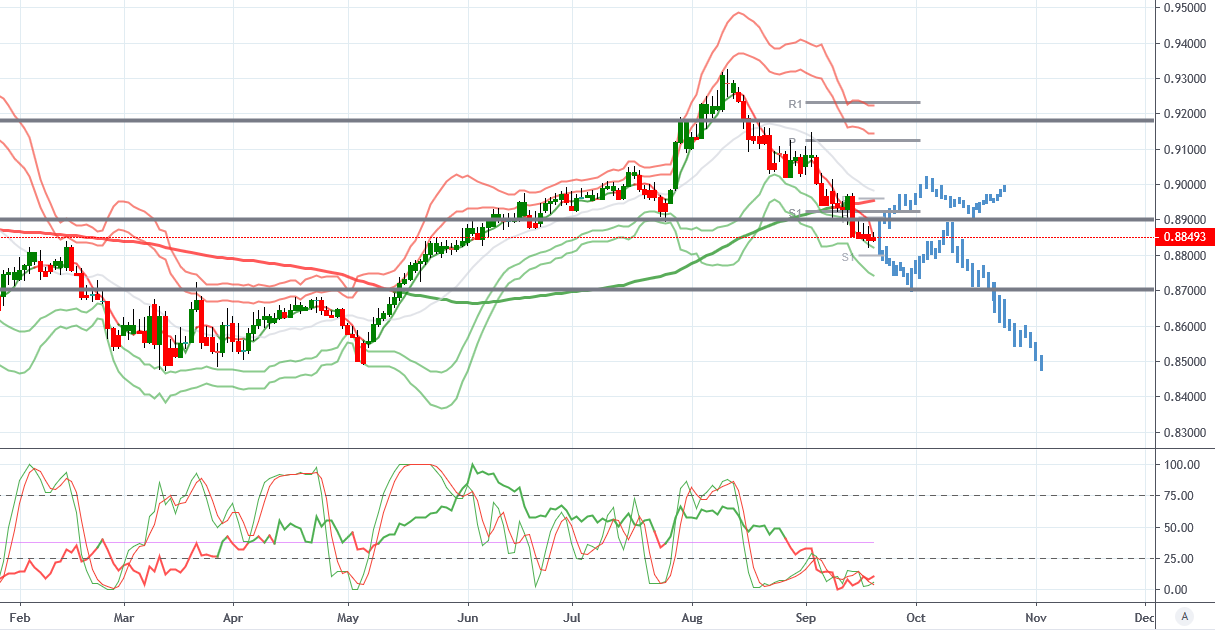 High Risk Warning: CFDs are complex instruments and come with a high risk of losing money rapidly due to leverage. 70% and 66% of retail investor accounts lose money when trading CFDs with Tickmill UK Ltd and Tickmill Europe Ltd respectively. You should consider whether you understand how CFDs work and whether you can afford to take the high risk of losing your money.
Tagged in: #boe, #brexit, #inflation, #interest_rates, #monetary_policy
Written by Patrick Munnelly
Patrick has been involved in the financial markets for well over a decade as a self-educated professional trader and money manager. Flitting between the roles of market commentator, analyst and mentor, Patrick has improved the technical skills and psychological stance of literally hundreds of traders – coaching them to become savvy market operators!
Previous Post

Did the Fed Make too Much Quantitative Tightening?