Bank of Japan policymakers hold their September rate-setting meeting this week and expectations are divided regarding the likelihood of further easing. Meeting last in July, the BOJ said that should the global slowdown threaten the Japanese economy, it would act “without hesitation” to ease further.

Speaking at the post-decision press conference, BOJ governor Haruhiko Kuroda told reporters: “I don’t think Japan has lost momentum to hit the BOJ’s price goal, or that there is an imminent risk of this happening”. However, Kuroda went on to say: “But overseas risks are heightening. If this is prolonged, that could increase risks for Japan and threaten the economy’s momentum to hit our price goal. If this happens, we will ease policy without hesitation.”

One of the changes to the meeting statement saw the BOJ adding the line that it will increase stimulus “if there is a greater chance the momentum for hitting its price target is lost.” This line, Kuroda explained is part of a move by the bank to include stronger forward guidance with the assurance that the BOJ will act immediately if it senses a loss in momentum. Kuroda said: “in a way you can call it pre-emptive easing”.

Japanese exports and business sentiment have been negatively impacted by the ongoing Sino-US trade war. In its quarterly report update, the BOJ noted risks to the economy are skewed to the downside due to rising overseas uncertainties. Kuroda told reporters: “Global growth has slowed, particularly in Europe and China. As a result, Japanese exports to China have fallen and business sentiment has deteriorated… The impact of the global slowdown is broadening.”

Since that meeting, tensions between the US and China escalated again, leading to further rounds of tariffs (from each side). However, in recent weeks, hostilities have moderated, with both sides having made concessions over tariffs. With equities prices remaining trending higher and JPY having weakened, it seems that the BOJ might choose to keep its powder dry for later in the year.

Risks To This View

One key risk to this view, however, is the FOMC meeting decision later today. If any Fed action causes a strong spike in JPY, this could force the BOJ to act. Around a third of economists polled by Bloomberg expect the BO to ease this week following recent action by the ECB and this figure could rise following the FOMC tonight.

In terms of the domestic economy, Japan has struggled but has shown some resilience this year. Manufacturing PMI has fluctuated between 49 and 50 since the beginning of the year, despite the negative pressure from Sino-US trade hostilities. Additionally, industrial production has only weakened 1% YoY, which is minor on a global scale while GDP growth surprised to the upside in H1 with a 1.75% YoY reading.

It is also worth noting that on October 1st the VAT-hike becomes active in Japan and poses the risk of a loss of momentum. In which case, it seems that the BOJ would prefer to reserve tools to deal with any loss of momentum in response to this. As such, the most likely outcome seems that the BOJ will try to talk down the Yen at this stage, upping its forward guidance once again. Again, however, with the nominal effective Yen up 8% YoY, any significant move higher following the FOMC could force the BOJ’s hand.

From a technical and trade perspective. EURJPY short squeeze continues to unfold with price quickly nearing a retest of the broken yearly S1 at 121. Momentum indicators remain stretched to the topside and I will be monitoring for divergence as we test offers into the 121 level looking for reversal opportunities to set shorts in line with longer-term signals. On the other hand, if the recovery blows through the S1, a retest of that level from above could offer entry for long positions, targeting a continuation higher. 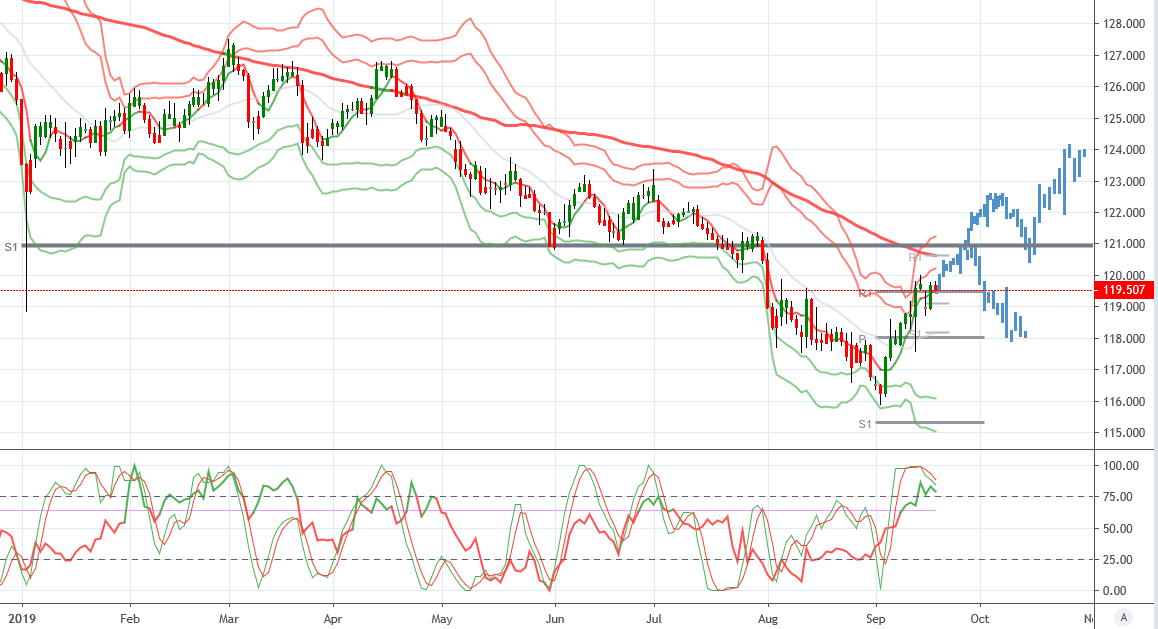 High Risk Warning: CFDs are complex instruments and come with a high risk of losing money rapidly due to leverage. 70% and 66% of retail investor accounts lose money when trading CFDs with Tickmill UK Ltd and Tickmill Europe Ltd respectively. You should consider whether you understand how CFDs work and whether you can afford to take the high risk of losing your money.
Tagged in: #boj, #ecb, #fed, #inflation, #interest_rates, #monetary_policy
Written by Patrick Munnelly
Patrick has been involved in the financial markets for well over a decade as a self-educated professional trader and money manager. Flitting between the roles of market commentator, analyst and mentor, Patrick has improved the technical skills and psychological stance of literally hundreds of traders – coaching them to become savvy market operators!
Previous Post