The UK Supreme Court concluded its three-day hearing yesterday over the legality of UK PM Boris Johnson proroguing parliament earlier this month. Following a Scottish court ruling that Johnson acted illegally, the case was submitted to the Supreme Court, the highest court in the UK. Following the days of hearings, the Supreme Court has announced that it hopes to have a ruling early next week though there is no indication yet which way the verdict will go.

The essential battle comes down to the government’s lawyers arguing that prorogation is political and not a matter for the courts, while the prosecution’s lawyers argue that Johnson acted illegally to prevent MPs from having the necessary time to counter his Brexit strategy.

"The applicants are inviting the justices into forbidden territory and an ill-defined minefield, and the courts are not properly equipped to."

Lord Pannick for the prosecution countered mainly around the length of the prorogation saying that the length "was motivated, or at least strongly influenced" by the PM’s belief that MPs were "a threat to the implementation of his policies".

The government’s lawyers have put up an ardent defence against the claim that Johnson acted illegally when suspending parliament and have even outlined how the PM could prorogue parliament a second time even if the Supreme Court rules against him next week.

In a document prepared by the government’s lawyers Sir James Eadie and Lord Keen explained that should the court find Johnson acted unlawfully though its reasoning leaves open the prospect of suspending parliament in a lawful way, then “in that scenario, the court would and could not make any order purporting to require Parliament to be reconvened… Parliament would remain prorogued.”

While the government has put up a strong defence against the ruling made by the Scottish Court, those against Jonson have been equally passionate. Former UK PM John Major came out in opposition of Johnson claiming that Jonson had been dishonest in his actions, even going as far as comparing him to an untrustworthy estate agent.

Traders now await the court’s decision next week. In the meantime, in the uncertainty seems to be supporting the perspective that a no-deal Brexit is less and less likely. Should the court rule against Johnson, this would see a further unwinding of GBP shorts, supporting GBPUSD price action. Alternatively, if the court’s rule in favour of the PM, this could see GBP shorts building once again.

GBPUSD From a technical and trade perspective. Price is nearing my intraday target of 1.26 where I will be squaring intraday positions. At the weekly R1 and with the medium-term bearish trend line just ahead, price is vulnerable to a retracement lower. In a wider range view, I will be watching price action as we retest 1.23, which could offer potential long entries for a reversal higher, targeting a move above the bearish trend line. 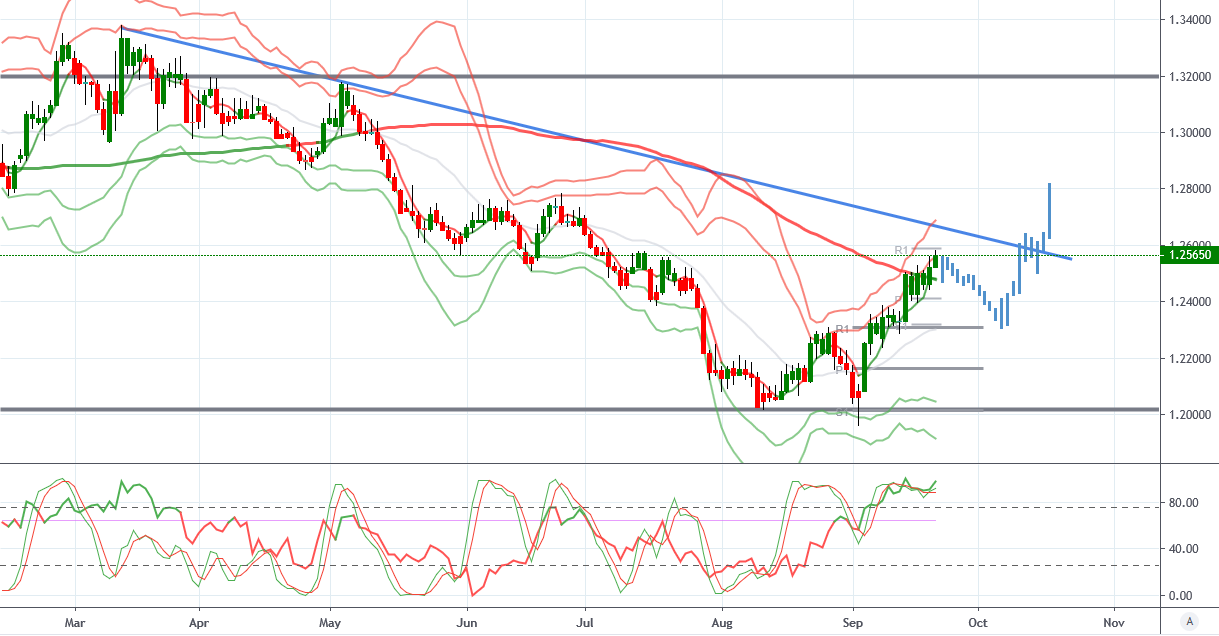 High Risk Warning: CFDs are complex instruments and come with a high risk of losing money rapidly due to leverage. 70% and 66% of retail investor accounts lose money when trading CFDs with Tickmill UK Ltd and Tickmill Europe Ltd respectively. You should consider whether you understand how CFDs work and whether you can afford to take the high risk of losing your money.
Tagged in: #boris_johnson, #brexit, #parliament, #uk
Written by Patrick Munnelly
Patrick has been involved in the financial markets for well over a decade as a self-educated professional trader and money manager. Flitting between the roles of market commentator, analyst and mentor, Patrick has improved the technical skills and psychological stance of literally hundreds of traders – coaching them to become savvy market operators!
Previous Post