English
Deutsch
中文
Русский
Español
العربية
Polski
Italiano
ภาษาไทย
Tiếng Việt
Portuguese
REAL TIME NEWS
Loading...
The Dollar managed to gain a foothold after touching 100-day SMA on Friday, but on Monday the recovery was difficult - the dollar index dangled near t...
GBJPY In Holding Pattern GBPJPY price action is starting to look very interesting here. Price is has been sitting in a tight range just under the 157...
USDCAD Testing Channel Low The sell off in USDCAD over the last week has seen price breaking below key support at the 1.2643 level trading down as fa...
Metals Looking To Move Higher On USD Retreat The metals complex has started the week with a bid tone as both gold and silver attempt to trade to the ...
In this Weekly Market Outlook 17-01-22, our analyst looks into the trading week ahead, possible market moving data releases across the globe and the t...
Citi European Open It was a busier morning today, despite the US MLK holiday, with FX volumes up to 30% more than averages, according to our etrader...
Daily Market Outlook, January 17, 2022 Overnight Headlines US Omicron Surge Spurs New Covid-19 Relief Push In Congress Democrats Make Voting Rights ...
Good day, Since last Friday the price of the Russian ruble is approaching the level of 77. It seems that the price of USD/RUB will hit the level of 7...
Type: Bearish Breakout Key Levels:Resistance: 43478.19Pivot: 42583.45Support: 39760. 93 Preferred Case:Price is abiding to the descending trendline ...
Type: Bullish Bounce Key Levels:Resistance: 0.73115Pivot: 0.7178Support: 0.71406 Preferred Case:Price abiding to ascending channel, signifying overa...
Type: Bullish Bounce Key Levels:Resistance: 1.14799Pivot: 1.13866Support: 1.13185 Preferred Case:Price is approaching our pivot level at 1.13866 whi...
The European Central Bank remains confident that inflation will come down this year but is prepared to adjust policy to meet its inflation target, ECB...
The World Bank on Tuesday trimmedforecasts for economic growth in the United States, the Eurozone and China and warned that high debt levels, rising i...
Dollar weakness this week is more attributable to improved growth prospects and yields on local non-US assets than to a breakdown in Fed policy expect...
US Data In Focus Again The final tier-one data of the week is due over today’s US sessions with US Retail Sales for December due. Following the lackl...
GBP Beats The Bunch So another week comes to an end, and already we’re deep into the middle of January. Times flies when you’re chasing pips! Chattin...
Credit Agricole Asia overnight The threat of tighter financial conditions continues to weigh on investor sentiment. FOMC Vice Chair, Lael Brainard, ...
Type: Bearish Reversal Key Levels:Resistance: 0.73014Pivot: 0.72805Support: 0.72192 Preferred Case:Prices are at a Pivot. We see the potential for f...
Type: Bearish Reversal Key Levels:Resistance: 0.73093 Pivot: 0.72784Support: 0.71990 Preferred Case: Price is abiding to the ascending channel, sign...
Daily Market Outlook, January 14, 2022 Overnight Headlines Fed Officials Nod To March Hike As Inflation Battle Grows Biden Will Nominate Raskin As T...
Fund Analysis

Rapid rise of the gold price this week was somewhat particular as the yellow metal renewed historical peaks against a number of fiat currencies:

Since the beginning of August, the price of gold in GBP, AUD, JPY, CAD, INR, ZAR (and many other) has jumped 6%, which speaks of “overwhelming distrust” in the fixed income market (both EM and developed) and continuing increase of risks associated with trade tensions. The global debt worth $15 trillion offers negative real yield although recently this figure was only $13 trillion. Expectations of lower opportunity costs (short-term real interest rates) are now working in favour of gold buyers: 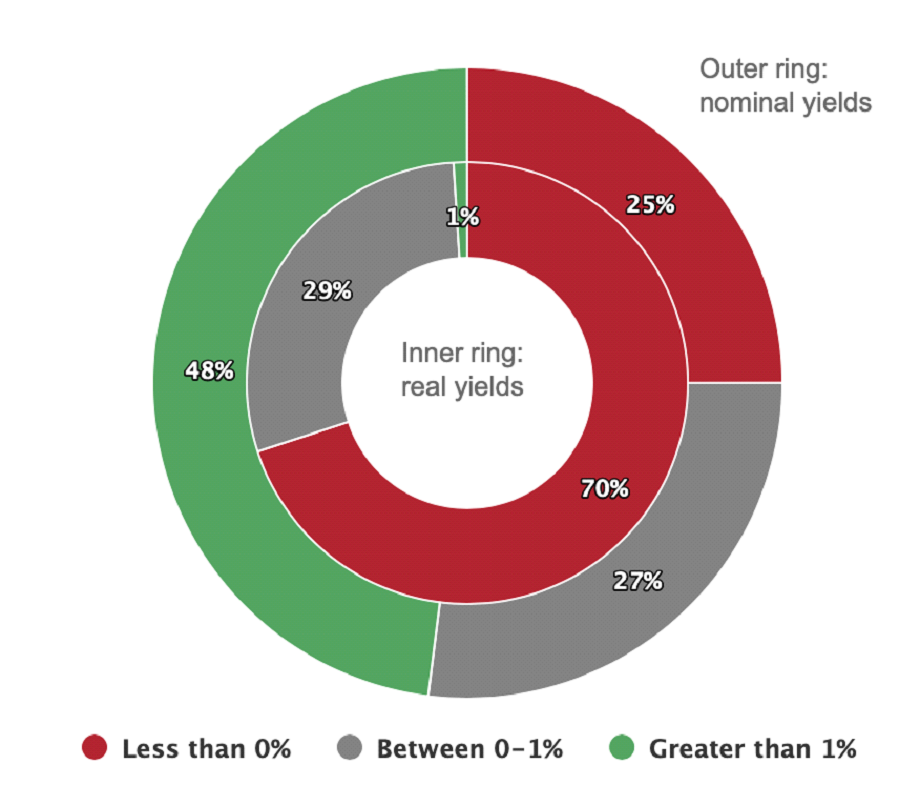 Gold futures broke through $1,500 per troy ounce for the first time since 2013 after PBOC set USDCNY reference rate slightly above expectations (6.9996) sparking more concerns about the pressure on Yuan from panic capital outflows. The bank is still trying to defend the level of 7 yuan per dollar asking state-owned banks to cut short-term dollar market liquidity in the market to curb shorting of Yuan.

The last episode gold rally is not an isolated event, but part of a longer-term trend. Yellow metal has risen 17% since last December, after a fall in the stock market forced the Fed to press the pause button. Britain’s delayed exit from the EU boosted XAUGBP rate by 25% in 2.5 months. There are wake-up calls gradually appearing in the incoming US economic data - the ISM manufacturing activity index declined to 51.2 points in July, construction spending also fell 1.3% despite expectations for a seasonal surge. Applications for unemployment benefits rose by 8K to 215K at the end of July.

World Council data showed that in the first six months of 2019, central banks bought gold for a record $ 15.7 billion, continuing to diversify their portfolio and move away from the dollar. Poland, China and Russia bought up 374 tons in the first half, which also became a record. The ECB also emphasised the change in attitude towards gold, annulling the 1999 “Gold Central Banks agreement” as global banks turned from sellers to net buyers. 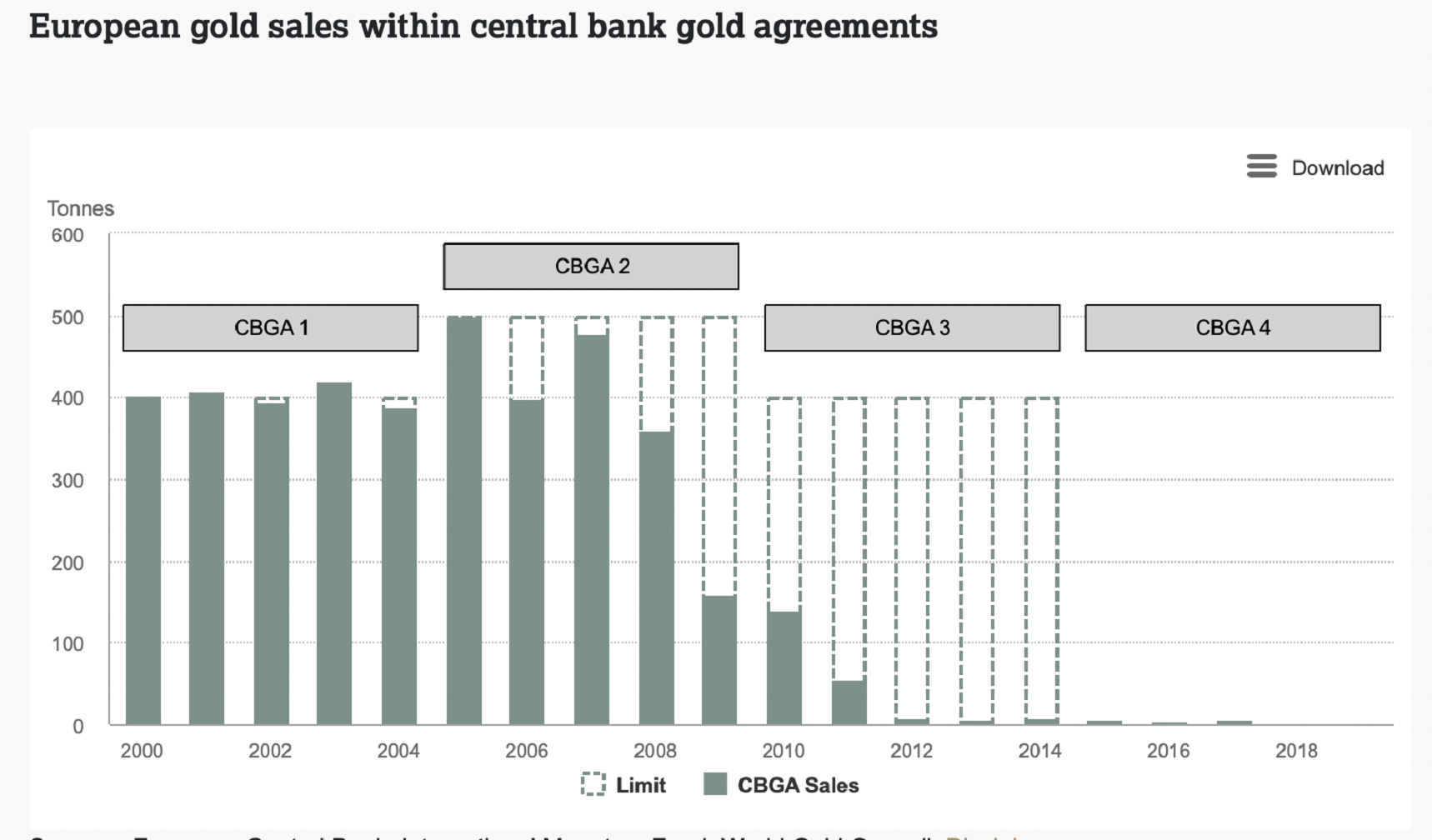 Of the short-term drivers that will determine the pricing of gold in the near future, we can highlight only the news background related to Trump tariffs. This factor now precedes other components in the "equation" of gold price, such as short-term interest rates, inflation expectations, the general risk appetite of investors. There is a risk to be late responding to the latter catalysts buying or selling gold. The price is now approaching strong resistance level while Trump is likely to take a break before a new attempt to “verbally raise stakes”, so further purchases of gold may require patience.