China's Finance Ministry announced the exemptions of 16 US goods from retaliatory duties, which allows markets to think in a positive direction regarding the outcome of trade negotiations later this month. On the one hand, for some of the goods in the list it is not easy to switch to another supply chain or they may not have substitutes at all, which stiffs aggressive retaliatory measures, but on the other hand, this can be considered as an insignificant concession in order to demonstrate friendly intentions to the United States.

Exemptions will apply to products such as anti-cancer drugs, lubricants, animal feed, the Ministry of Finance said on Wednesday on the official website. The decision will enter into force on September 17 and will be valid for a year.

Nevertheless, China has so far exempted a tiny fraction of the goods from the list of additional reciprocal tariffs, which exceed 5000. The export of agricultural products, in particular soybeans and corn, continues to be the main hostage to trade tensions.

In mid-September, Chinese trade representatives will meet with their counterparts in Washington, and in early October, Chinese Deputy Prime Minister Liu He will meet in the US capital with Robert Lighthizer and Stephen Mnuchin. Against the backdrop of positive US economic data, in particular robust wage growth, the risk appetite on possible statements about the outcome of the talks is likely to continue to grow.

September jobs data released on Friday showed that the key indicator of expansion - wage inflation, exceeded expectations, amounting to 0.4% in monthly terms. The chances of keeping the rate on hold, according to treasury futures, rose from 0% last week to 8.8% on Wednesday. The chances of aggressive cut of the federal funds rate by 50 basis points, in contrast, fell to 0%. 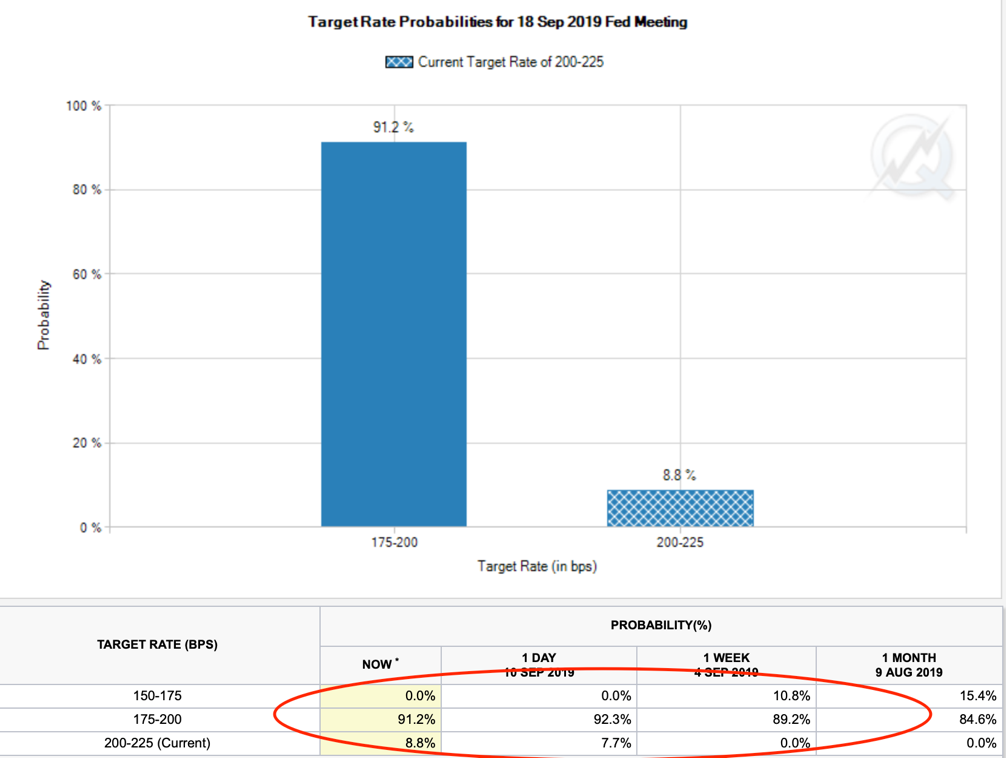 The South China Morning Post reported, citing unnamed sources, that China plans to increase purchases of US agricultural products to accelerate progress in the negotiations. However, the main trading hawk of the White House Navarro contained optimism, saying that business and public need to be patient in resolving the trade dispute.

Speculation about the true reasons for exempting goods from tariffs is also limited by Beijing's statement that such a measure could be applied to goods for which it is impossible or difficult to diversify suppliers. The US is the main supplier of whey in China, which is an important ingredient for pork feed and only the USA can provide large quantities of them.

The Chinese Ministry of Finance encouraged markets with the remark that further exclusion of goods from the tariff list is not ruled out in “appropriate times”.

Please note that this material is provided for information purposes only and should not be considered as investment advice. Trading in the financial markets is very risky.