Preview of ECB September Meeting: It is Hard to not Disappoint the Bond Market

The September ECB meeting is likely to become the venue and time for key monetary policy decisions this year, as with the return of accommodative policy the Central Bank will have to determine the duration of new “guarantees” for soft credit conditions (forward guidance).

The global trade war is pushing Germany’s manufacturing sector into a recession, corporate sentiment metrics in the EU are on the brink of a squeeze zone, and Britain’s exit from the EU is still uncertain despite the October deadline approaching. Not surprisingly, the ECB plans to resume buying bonds, which will be the last decision under the presidency of Draghi, which expires on October 31.

The easing package is expected to include rate cuts, extension of guarantees to keep rates lower for longer and countervailing measures for the banking sector, which is facing hard times due to extreme thinning of profit margins. The reserve rate is expected to be reduced by 10 basis points to -0.5%. The money market is setting expectations for a rate cut of 20 basis points, a quarter of economists surveyed by Reuters expect the same. There is a possibility of a more aggressive step - a hint of an additional reduction in the rate by 35 base points by the end of 2020.

Almost 90% of the experts polled by Reuters also expect the ECB to announce the resumption of the purchase of bonds in the amount of 30 billion euros per month starting in October. The buy signal may also be accompanied by an intention to adjust the composition of the bonds on the balance sheet due to the reduction in the market volume of bonds available for purchases. For example, the Central Bank may increase the share of sovereign debt of EU member states in the asset balance, which is now at 33%. Greece and Italy will be very happy then. The ECB signal about purchases in the stock market or purchases of bank bonds will be a big surprise for the market. 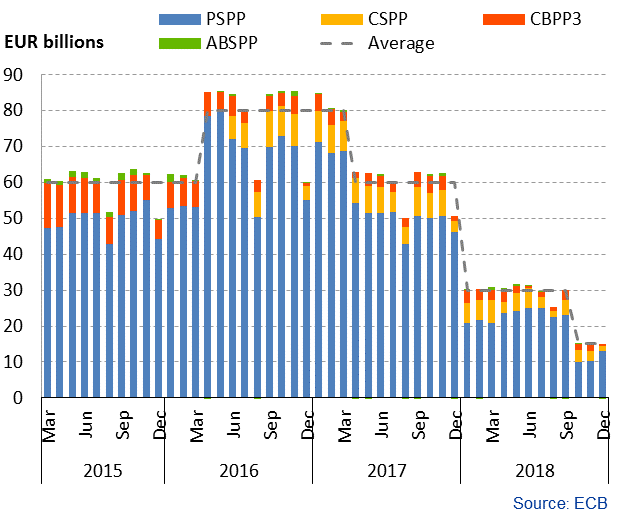 A significant bias in investor positions in favour of bonds, which caused an unprecedented plunge in negative returns on the market, clearly indicates that the ECB will have to try hard not to disappoint the market. According to some estimates, a satisfactory signal for the market will be the intention of the ECB to buy back at least 600 billion euros of bonds from the market. A smaller volume may not be enough to “warm up” inflation expectations.

Most ECB members, including heavyweights such as President Draghi and Vice President Gindos, are in favour of resuming purchases, but officials from Northern Europe have expressed doubts that the benefits outweigh the side effects. Among them are the head of the Bundesbank Weidmann, Knot, Lautenschleger and Galkhau. Even if the ECB manages to exceed market expectations and raise inflation expectations, the example of the past QE shows that it takes a long time for the easing measures to have a real economic effect. Nevertheless, it cannot be ruled out that a long and significant QE will give green light to the growth of government spending (fiscal expansion), as governments will receive guarantees that they will keep their borrowing costs low for a longer time.

In July, Draghi hinted at a new interpretation of the “inflation target”, which is the cornerstone of the ECB policy. For 16 years the policymakers characterised the goal as "inflation below or 2%." However, during his speech at the Sintra forum in June, Draghi introduced a new term - symmetry, which means that in addition to an undershoot of 2% target the ECB can also allow inflation to “overshoot” above 2%. In other words, the bias in monetary expansion can be maintained even after inflation reaches 2% to ensure its higher rates. At the upcoming press conference, market curiosity may also include specifying the concept of symmetry, since it is obvious that this will clarify the QE function of inflation, that is, its duration.

With regard to reducing the burden on the banking sector, the market expects the ECB to ease the difficult share of banks, that keep 1.2 trillion euro of excess reserves on the balance sheet of the Central Bank Euro (10% of Eurozone GDP) by proposing a progressive scale of deposit rates (rate tiering). 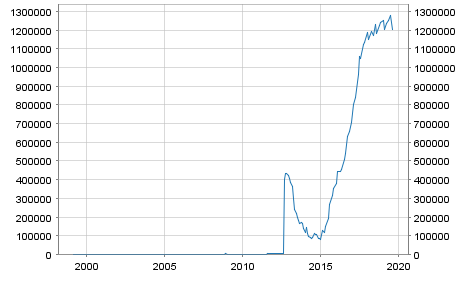 This measure will reduce the costs of banks to maintain reserves. In addition, the ECB may announce wider preferential lending measures for banks, known as TLTRO.

Please note that this material is provided for information purposes only and should not be considered as investment advice. Trading in the financial markets is very risky.