Both warring sides, China and the US, to their surprise (and frustration too) found that they almost reached the limits of tariffs, but still not getting meaningful concessions in the trade talks. China trade surplus, being an evidence of peaceful trade superiority, proved to be disadvantageous in the context of the trade war - less import means less potential to introduce and raise tariffs. Therefore, the symmetric response (in the sense of possible damage) could also include non-tariff measures, among which the market considered selling US T-bills or restricting the supply of rare earth metals, in which China occupies an almost exclusive position, controlling 80% (!) of world exports.

Obviously, such a dependence of the United States on China could create a non-price advantage for alternative suppliers, because the US will only be happy to reduce vulnerability by not keeping all eggs in one basket.

But where to get those suppliers?

Australia has identified 15 projects for rare minerals, which, with the support of the Pentagon, can reduce dependence on China in the supply of rare earth minerals, without which no defense and high-tech industry can exist. The Australian government released a report on Tuesday which provided details on projects proposed by a dozen mining and metals companies in Australia. The amount of required investments is estimated at 5.7 billion Australian dollars and the government has no plans to participate as an investor (didn’t state it explicitly). 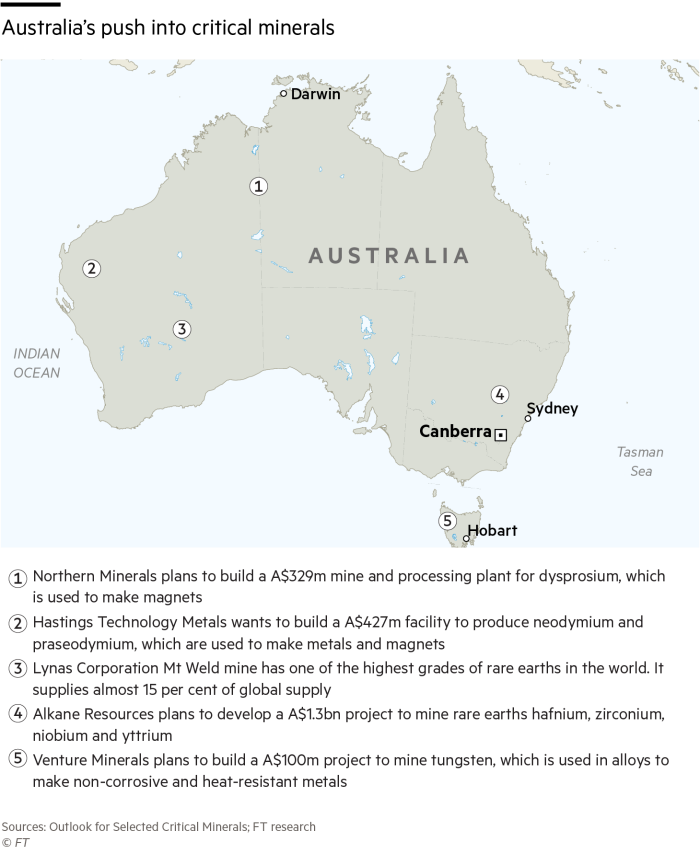 The most important part of the report is the signal that US-China competition will only increase. Why? The firms planning to make investments (long-term commitment) signaled that they are ready to get into the industry (even via foreign direct investment), where pricing is highly dependent on China. For many, this market feature turned out to be fatal: the American Molycorp went bankrupt in 2015 with debts of $ 1.7 billion, the Australian Lynas were saved by the Japanese state-owned company Japan Oil and Gas and Metals National Corporation, agreeing to a debt restructuring in 2016. Projects are risky but this is true in the condition of peace between US and China.  It is very likely that the emergence of demand for strategic suppliers by the US has changed everything, and judging by the source and amount of investments, for a long time.