English
Deutsch
中文
Русский
Español
العربية
Polski
Tiếng Việt
Portuguese
REAL TIME NEWS
Loading...
European equities slid on Friday as investors were pricing in tightening of pandemic restrictions due to worsening of near-term outlook on pandemic sp...
In his Thursday address president-elect Biden announced $1.9 trillion economic recovery plan, but surprisingly, markets were not particularly excited ...
Key Points from This Week Trump Facing Second Impeachment Following the ultimatum thrown down by democrats in the wake of the Capitol Hill riots last...
Weekly Live Market & Trade Analysis In this week's live market and trade analysis session, we assessed the technical price patterns of over 20 charts ...
COVID Stimulus Package Announced In a speech delivered overnight, incoming US president Joe Biden outlined his plans to help the ailing US economy and...
Daily Market Outlook, January 15, 2021 Asian equity markets are lower as markets assess the ease with which President-elect Biden’s plan for a $1.9 t...
There was only a brief pause of stocks in terms of bullish headlines from the US government: starting from the last week, we observe development of th...
House Votes 232 - 197 The US House of Representatives voted in favour of impeaching president Trump last night. The final vote came in at 232 – 197 i...
Oil Longs at Six Week Highs The latest CFTC COT institutional positioning report shows that WTI traders increased their net long positions last week b...
Daily Market Outlook, January 14, 2021 Most Asian equity markets are higher this morning, although Chinese indices are down. The US House of Represen...
Good day, The price of British pound has pulled from the resistance level of 1.3712 as it can be noted from the weekly timeframe. The asset is trying...
Tenreyro Calls For Negative Rates The prospect of negative rates in the UK has grown more likely this week in the wake of comments made by Bank of En...
Chart of The Day Gold Gold Probable Price Path & Potential Reversal Zone No taper plans according to the Fed - Bullard opined that “we want to get th...
Trump Speaks in Alamo President Trump made his first public appearance yesterday since the riots at Capitol Hill last week. Trump was visiting the Tex...
Daily Market Outlook, January 13, 2021 Asian equity indices were mostly higher and US 10‑year Treasury yields edged lower as markets assessed the lat...
Judging by the recent developments in the US money and Treasury markets investors start to expect that the Federal Reserve will start to normalize pol...
Chart of The Day USDCAD USDCAD Probable Price Path & Potential Reversal Zone USD: US stocks retreated from record highs, spurred by sell down in tech...
Trump Making History It certainly won't be the legacy he hope for when he took office, but Donald Trump's presidency will certainly be viewed as uniqu...
US Stimulus & COVID Driving Markets It's been a mixed start to the week for global equities benchmarks with US and Japanese indices trading higher an...
Daily Market Outlook, January 12, 2021 Asian equity market performance is mixed after Wall Street fell yesterday for the first time in five sessions....
Market Insight Tech Analysis Trading Strategies

EURUSD traded in narrow range overnight surrounded by strikes maturing today 1.1000 for EUR1.8bn; 1.1025 for EUR730mio; and 1.1050 for EUR1bn at the New York cut (1500hrs BST) From a technical and trading perspective last weeks move higher on the intraday charts demonstrated impulsive qualities as such today I am bullish above the weekly pivot 1.1010 with a stop just below 1.0970 targeting a move to test the monthly R1 at 1.1160 (as highlighted by the blue forecast candles on the chart) 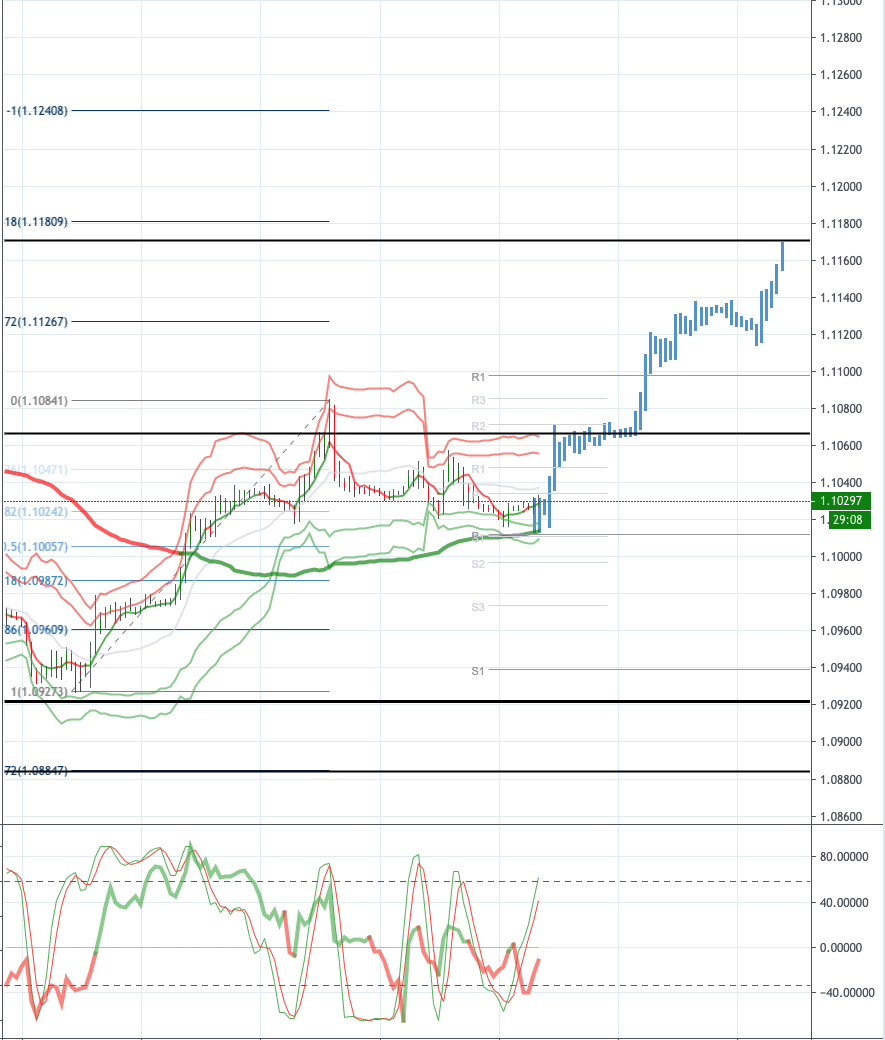 GBPUSD drifted lower overnight as profit taking on last week's elevation was prompted by weekend revelations that  Boris Johnson had to take another hit as Amber Rudd quit the cabinet citing a lack of effort being made to strike a deal with the EU while the vast majority of focus and resources are being aimed at dealing with a hard, no-deal, Brexit. From a technical and trading perspective headline risk weighs with the potential for the pair to retest support sub 1.22 watch for bullish reversal patterns around 1.2185 to set a base for the next leg of the corrective recovery (as highlighted by the blue forecast candles on the chart) 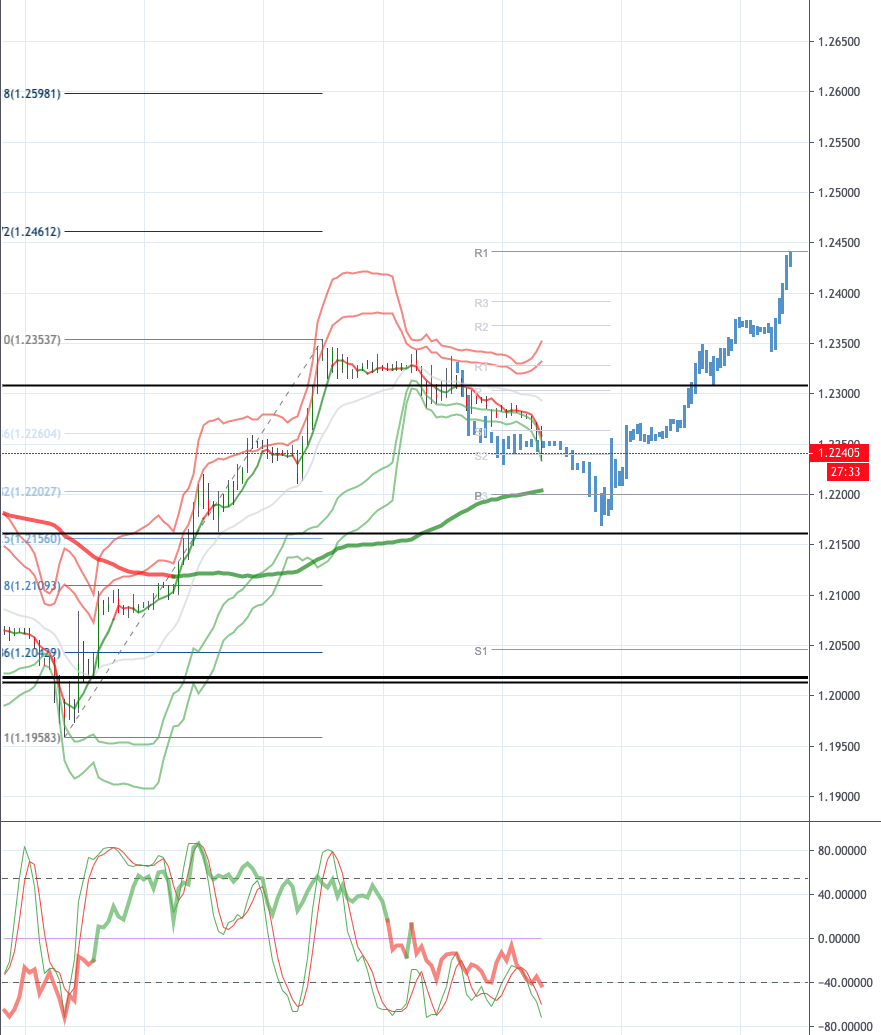 USDJPY penned in overnight, note it is half-year end in the region. There is $1.3bn of 106.50 strikes maturing today at the New York cut (1500hrs BST). From a technical and trading perspective I am looking for support to develop around the weekly pivot at 106.60 as this level holds i am looking for a retest of last weeks highs above 107.20 and then the weekly R1 around 107.50 (as highlighted by the blue forecast candles on the chart) 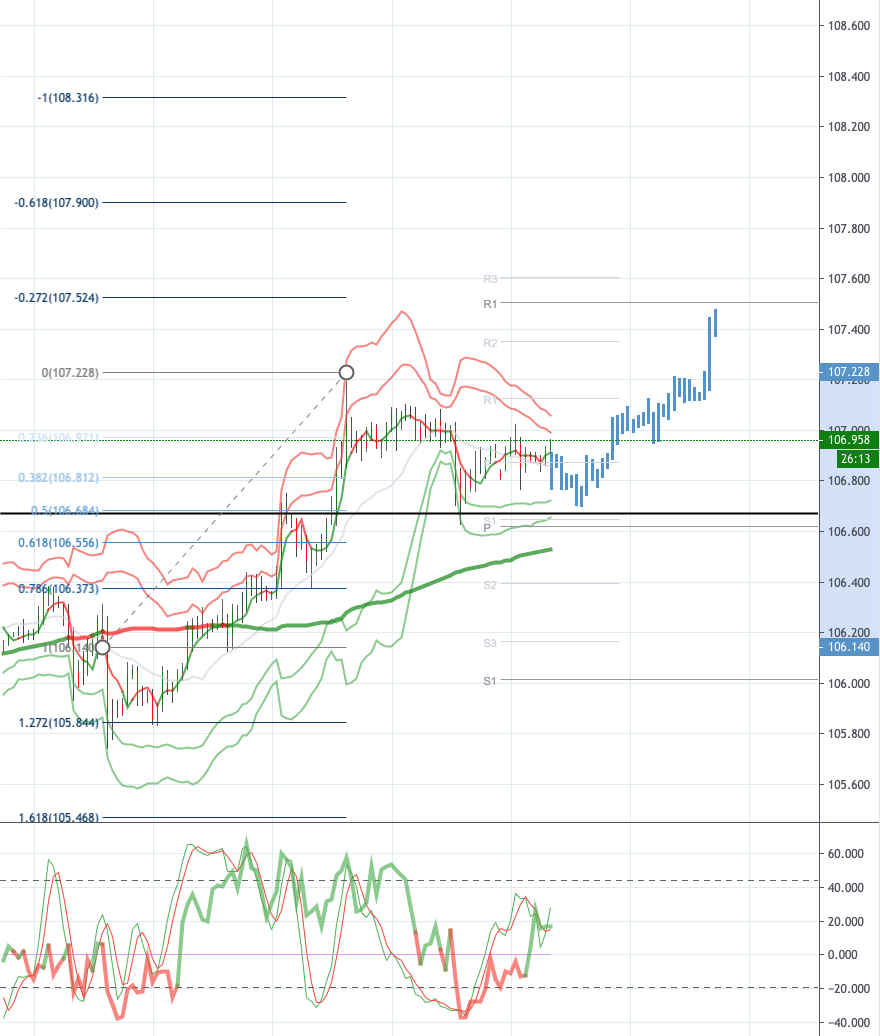 AUDUSD is starting the week with a buoyant toned supported by the China RRR cut, last weeks intraday price pattern has impulsive qualities suggesting pullback should be bought for another leg of corrective upside, on the day I am looking for the pair to trade with a bid tone, any pullbacks towards the .6800 level will be buying opportunities as the pair should find support setting a base for the next leg higher to target offers above 0.6900 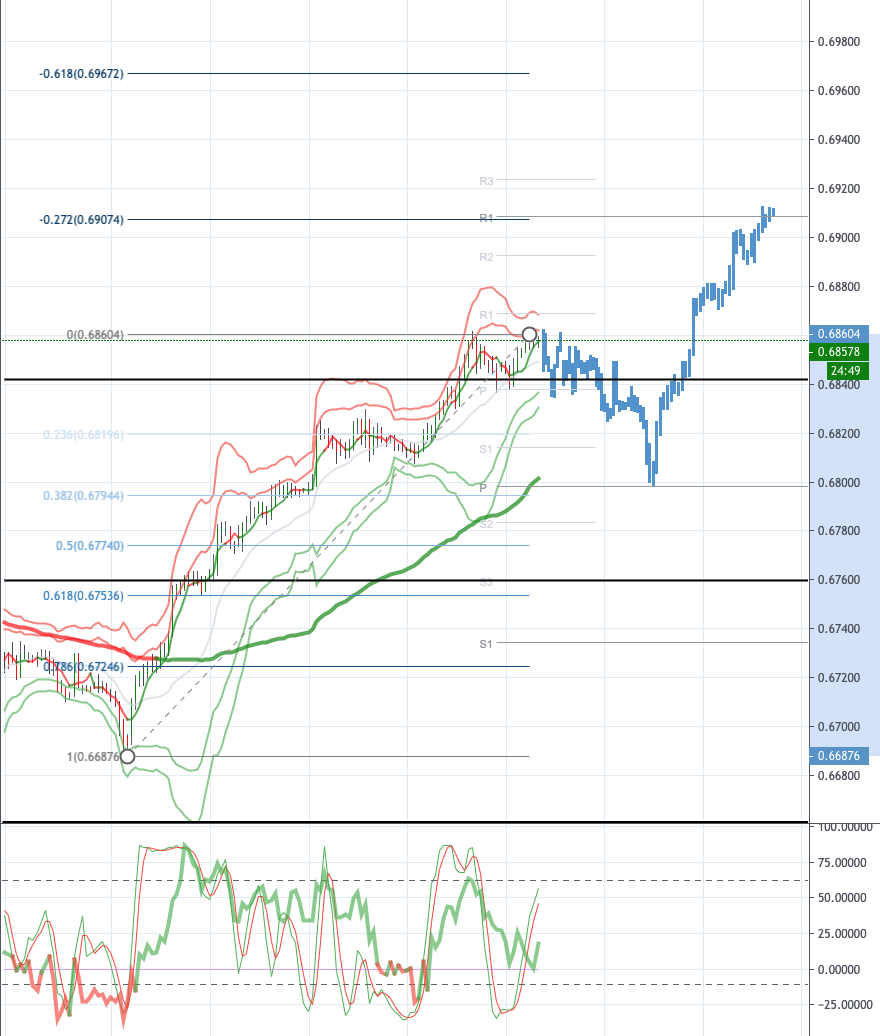 What to Expect From the December Us Retail Sales Report?